It's freezing cold outside, and spring seems years away, but here's one thing making an early return from the dead: this blog. Hello again everybody!

I won't open this post with promises of regular updates from here on out; I've fallen down that rabbit-hole before, and the truth is that blogging on a schedule is simply not something I am good at. However I have missed Everything Tasty frequently in the last year or so--in fact (with plenty of assistance from Annie) I've even been fairly consistent about documenting and photographing what I cook, in preparation for the day I got round to writing again. It turns out that a great motivation for getting round to things is getting absolutely hammered by snow and being unable to leave the house, and so before tackling the backlog I present to you a thing I actually cooked today: an improvised vegetarian chili that's rich, filling, and full of complex and intense flavors that should satisfy even ardent skeptics of things that grow in the ground--while, depending on your levels of garnish restraint, being fairly healthy


Ingredients:
(which should be taken as suggestions; the whole point of chili is using what you can get your hands on. Also, usual caveats about my imprecise measurements apply)

1. In a large heavy-bottomed pot/dutch oven, sauté onion in olive oil over medium heat. When onion begins to brown, add garlic and bell pepper until softened.

2. Add tomato paste to the pan, increase heat to medium-high, and cook until the paste begins to brown and stick to the pan. When it does, add a generous shake of red wine vinegar and scrape the pan aggressively to deglaze.

3. Add the beans, draining the liquid from the kidney beans first, along with the diced tomatoes and beer. Bring to a boil and then reduce to a simmer.

4. Add all other ingredients except the garnishes, and cook covered over medium-low heat for 30-40 minutes until flavors are thoroughly combined. Stir occasionally, taking particular care to scrape the bottom and sides.

5. Uncover, increase heat to medium, and cook for a further 15-20 minutes until substantially thickened. When finished, the liquid should cling to a wooden spoon without dripping.

6. Dish into bowls and serve with garnishes.

And there you have it. As to the biscuits, which were great and an excellent companion to the chile, I simply used Sam Sifton's recipe from the New York Times for All-Purpose Biscuits, which you can read here. My sole alterations were to mix two tablespoons or so of chopped fresh sage into the dough after it comes out of the food processor (which itself was merely cribbed from a *different* NY Times biscuit recipe), to brush the biscuits with a tablespoon or so of melted butter, and to sprinkle some Romano cheese on top.  In terms of technique advice which they don't include, the leftover dough scraps can be lightly squeezed and patted into a new rectangle which you should be able to punch another biscuit or two out of. With that I got about seven biscuits out of the recipe, making their estimate of people served a bit generous. It's quite a nice recipe, and the texture comes out a nice balance between cakey and airy. Since these aren't buttermilk biscuits, however, they lack that distinctive tangy flavor that those have; the advantage, however, is that you can make these without needing to have buttermilk on hand.

These biscuits were exciting to make for me, as biscuits are a food I dearly love (and have gone well out of my way to order) but had never actually made for myself before today. This mostly stemmed from a general uneasiness about baking; not because of any of the "men don't bake" nonsense you'll sometimes see from macho chefs on Food Network programming, but rather out of a probably irrational fear that baked goods (especially leavened ones) will somehow go horrifyingly wrong. With most forms of cooking I feel as though I understand the roles that each ingredient is playing and thus how free I can be to improvise and be imprecise with quantities; baking, on the other hand, has always felt like a chemical reaction in need of precise balancing. I'm happy to say that in this case, the experiment was a success. 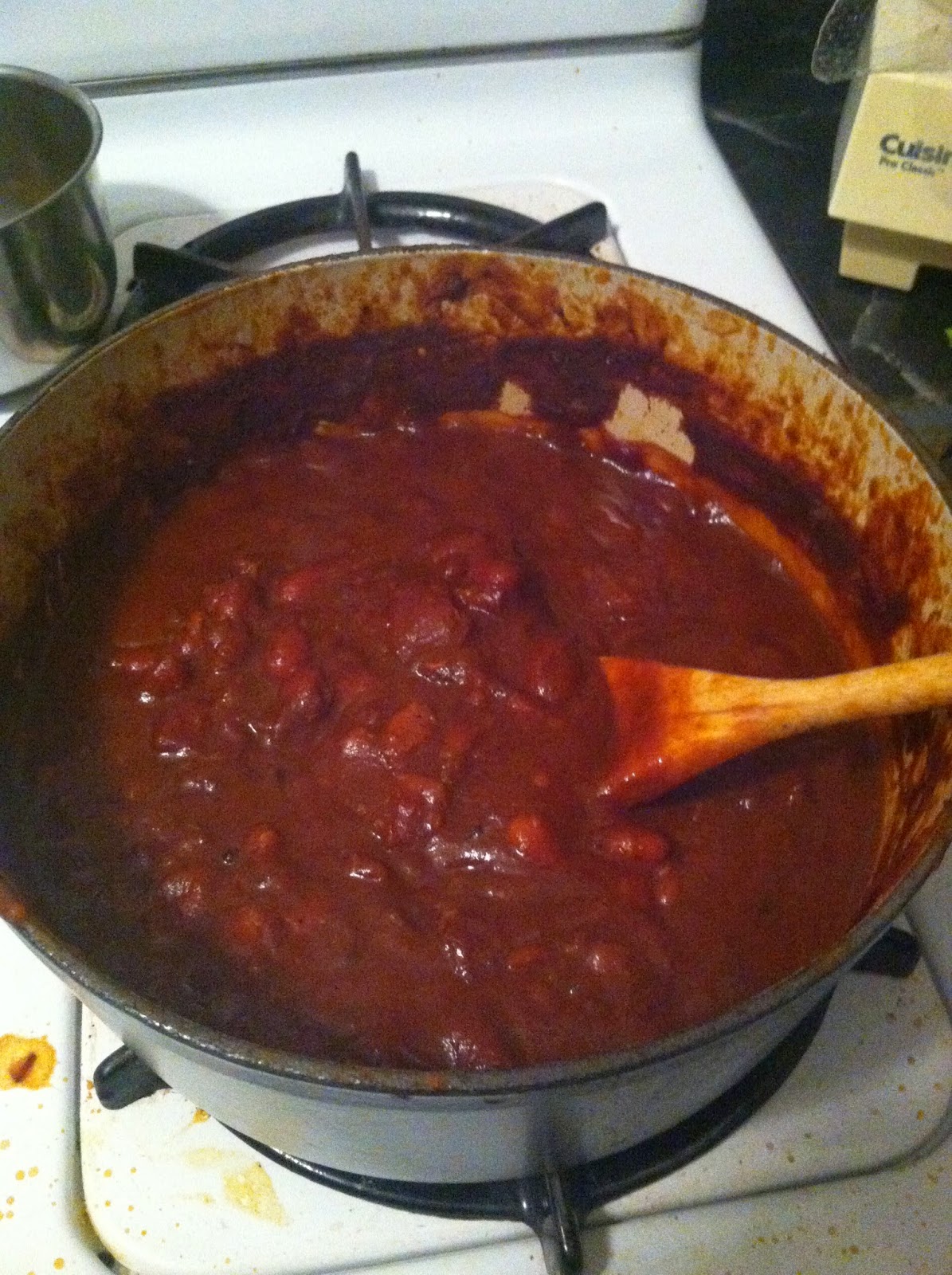 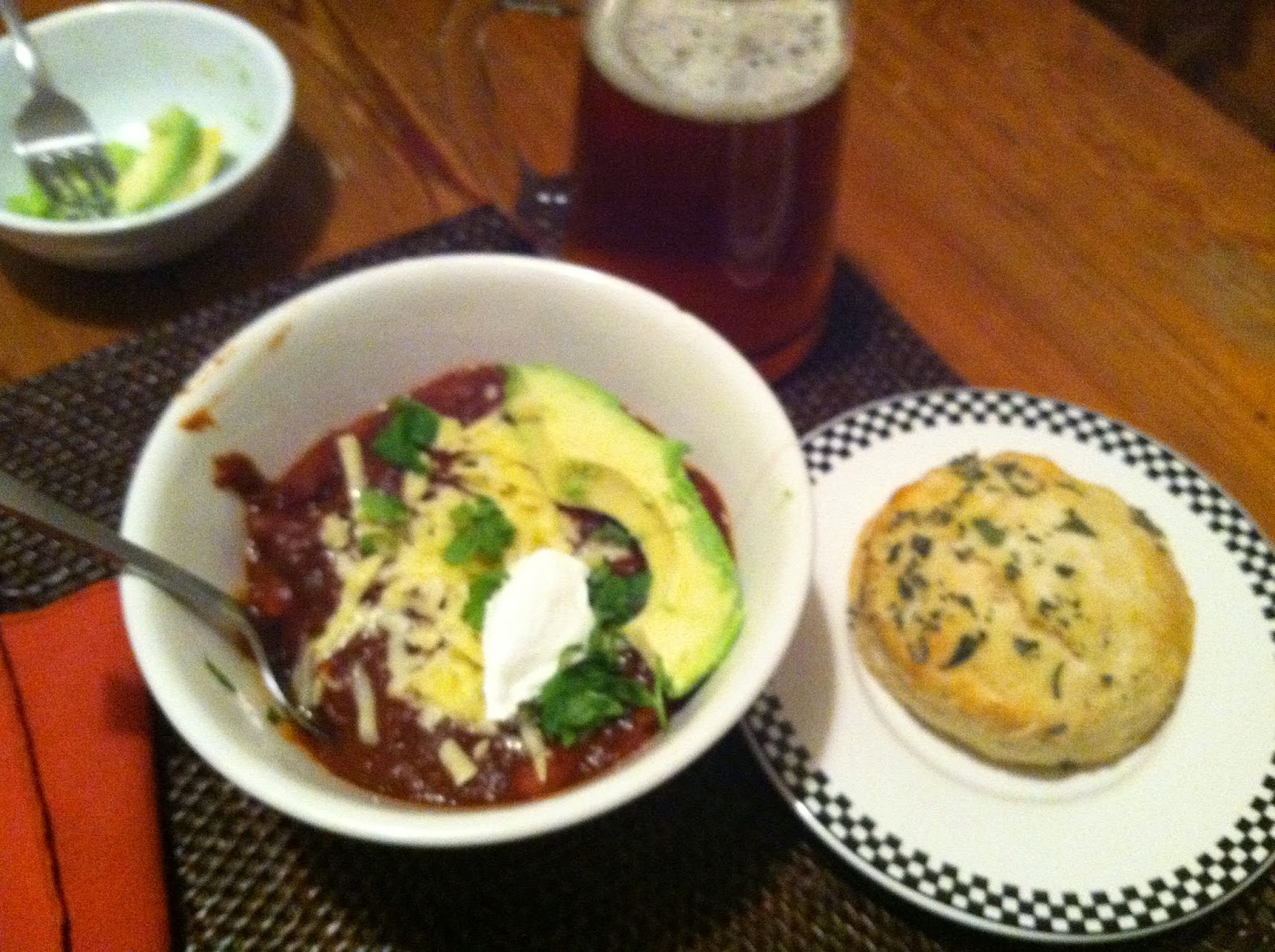 Posted by Colin Killick at 1:16 AM